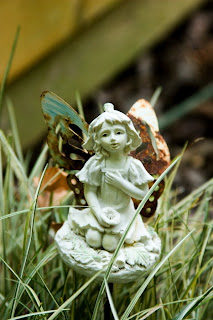 She's the one who started the whole thing. And by that I mean, she's the oldest in the Coop. My first born. She's also only 8 years old, and that's where she stays - physically, emotionally and mentally. We're working on it, she and I. She also has a nickname. It's "Little." I love Grace so much that I named her Grace. She is grace. And she has taken over the entire chicken coop for long periods of time, sometimes years.

My dreams the last two nights are again what has inspired me to continue writing about my chickens. Sometimes I want to lock them up and throw away the key. My dreams show me otherwise. The first one allowed me to communicate with myself in another dimension. Was it the ghost of me? I do not know. It was a dream inside of a dream. I was asking me, this woman I could see in black and white, who was sitting in a wheel chair, what it was I was supposed to do in this lifetime. I could see her mouth moving, but I couldn't hear her words. I woke up out of that dream, inside a dream, and I was walking around in a community living space - lots of shared rooms and bathrooms with important people coming in and out. I was consciously aware of how I felt. I knew there was no Grace left in my brain. My "Little" was grown up. I knew because I have felt Grace everyday of my life, in some capacity. And at that moment, I was moving through life without her. I felt no need to be anything for anyone. I felt no reason to possess anything, or anyone. I felt whole and vibrant and necessary and completely unnecessary all at the same time. I was just being. The rest of the dream was interesting. Rodney and I were on an assignment. I was a journalist and he was there taking the photographs. We were in Afghanistan. There were amazingly intelligent and courageous people all around us, and they were in the middle of this war. They were being shot and stabbed in front of me. It was horrible to see, but I knew in that moment, too, that there are many dimensions of existence and death is a small part of transforming into another dimension. This was spelled out to me in scenes of my dream. I woke up with an entirely shifted perspective. Everything was connected again since my brain limitations were blown to bits in Afghanistan. I felt a deeper sense of freedom. I felt no struggle. I woke up and Grace was gone. It was beautiful.

She whispers to me. She is still so small. Baby-bird like even in her appearance. Her shoulders are small and delicate. Her eyes, large and bright, are still taking everything in, with the newness of a child. Even now, as a 41 year old woman, I often feel Grace's fear and confusion. It's so hard for her to trust that everything is going to be okay. She doesn't really understand "faith" yet, as she only grasps it with the mentality of an 8 year old. She only feels safe when she's not alone. She's afraid of the dark. She's afraid of almost everything. She can't really see past the confined space of the chicken coop, but she's okay with that. There is safety in small spaces and there are usually other chickens close by. She's scared to death of Patty. And Patty just rolls her eyes at Grace and ignores her. She approaches love with the eyes and heart of a child. She wants possession of it. She wants to keep it in a safe little music box on her dresser. She throws temper tantrums. She shuts the people closest to her out. It's the only way she knows how to let anyone know how deeply they have hurt her. Grace gets her feelings hurt a lot, and that's because she's a child, and she sets expectations for others based on that of a little girl. And because of that, she sets herself up for a lot of disappointment. And yet even though she is clingy, insecure, afraid and codependent, she also sees the world through the eyes of a child, and so many times, she can hardly contain herself she is so excited. Grace would be happy riding her bike everyday. She loves to go barefoot. She loves how the wind can shift in the middle of the day, and everything looks, feels and smells differently. Like Patty, she has lightness and darkness. And since this is all really just an exploration of the different personalities in my brain, I will say here that I am learning to love all of my chickens, because they are me, and without each one of them, I would not be me.

“I’ve got faith in you, it’s a razor love, that cuts clean through.” ~ Neil Young

It started when I was around 8 years old. I was the sensitive, quiet child, and the youngest of three. I was also the only blonde in the family, and I think that's enough material for kids to find your weaknesses and attack. I learned words like "dingy", "stupid", "dumb blonde", and (ironically) "Grace" through my closest circle of "Littles" around me -- my older brother, sister, cousins and closest family friends. We all grow up with our own perspective of what's taking place around us. I had a lot of love around me, and yet I still many times felt ridiculed, physically inferior, weak, outcasted, stupid, clumsy and ungraceful. As a result, I felt unprotected. Unsafe. And I let each of those labels attach themselves deep inside me. It took me years to face them, and start removing them from who I really am. Survival mode kicked in early for me.

I was a late bloomer. I didn't grow boobs until I was around 16, and they certainly never felt adequate. I weighed 90 pounds my freshman year of High School. It's one of my memory scars because I had to get on a scale for a physical during freshman orientation in front of the tennis coaches. I was ashamed. Again, I felt weak, uncoordinated, and inadequate. I think these childhood labels I attached myself to were part of the reason I had difficulty learning in school. I mean, after all, a dumb blonde is a dumb blonde. If you're 10 years old in the 4th grade and you can't stop making C's, you just sort of surrender to it. And how could I really push myself athletically if I felt underdeveloped, clumsy and like the weakest link at home who just ran away when things got too physical between siblings and cousins?

Grace found safety in anyone and anything. She fell in love with the tree in her front yard when she was 7. She talked to it and it was her safe place to go when things got too scary. She fell in love with dolphins and horses that would visit her and talk to her in dreams. She fell in love with a boy when she was 6, and she found him again when she was 14. That was the beginning of a long road of self destruction. It wasn't anyone's fault. I was a little girl, and what was going on was destroying my self image, my desire to move through the world as most kids do - with a sense of security, adventure and freedom. Over the years, Grace became so wrapped up in shame and self hatred that it amazes me sometimes that I have made it this far with her. I think she has been with me, at that same age, because I never really knew how to help her mature. She just lived in survival mode. That came from a deep lack of trust I learned as a child. Perhaps it's something we're born with, too. My brother and sister were born with strong personalities, and they have always remained strong. A lot of people who know me now will not be able to imagine that I was this awkward, insecure, self-loathing little girl and young woman, because I am a fairly free and happy woman these days. But there is usually a price for freedom, right? I am grateful I got to pay that price and move out of that self-hatred, and leave those labels behind me.

I am introducing Grace, and all of my chickens, because for 30 years or so of my life, I didn't know what was happening to me, and there was so much darkness I was hiding, or so I thought, from everyone around me. I jumped between personalities in my brain and didn't understand what was happening. One minute I would feel completely empowered and clear, and the next I would be in the fetal position on my bed, paralyzed by fear. It took a lot of wrecked relationships, lost loves, and journal entries where I would empty out the guts of my despair and fill it with tears before I finally wanted to deal with my own inner-wreckage. The chicken coop is my own interpretation and self-medication into understanding my own wiring. These chickens are as real to me as my yoga mat, and just like my mat, they are my greatest teachers.

The only way to face your pain is to go right through the middle of it, and stand up on the other side and turn around and face it, send it love and say "Thank you, my great teacher, for showing me the way."

I think the image I saw of me, in black and white, with my hair pulled back, sitting in a wheel chair in my dream inside of a dream, was a window into my soul. It was my silent speaking self-portrait. She was wise and broken. She had the answers, but had no voice in which to speak from. She knew, but she couldn't relay the messages yet. Yet. It is with Grace and God, with Octavia and Patty, with Tomahawk and Hank, and with the infinite love in my heart, that I will allow that voice in me to come through and shine.

The second dream I had that left me with no choice but to get up today and introduce Grace to you was a dream where I was flying. It has been years since I've flown. I was swirling through the sky, in a blue dress, arms spread wide, sailing through the air with a huge smile and a very clear heart and head. God Speed, Little Grace. 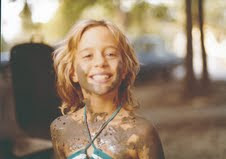 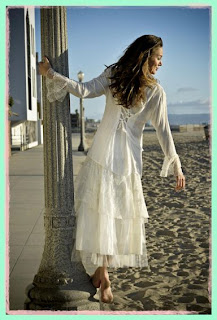